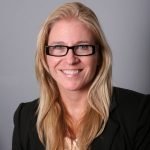 Recent decisions in the United States District Court for the Western District of Washington, point to troubling developments in the treatment of cannabis related contract disputes that find themselves in federal court. While the main case discussed by this article does not create precedent, it does reveal the thinking of some federal judges in a jurisdiction with long-time legal cannabis at the state level. It is unclear what this means for those drafting contracts and those currently operating under contracts related to cannabis business. This article unpacks some of the initial issues in an effort to uncover potential takeaways.

At the end of October of this year, in the United States District Court for the Western District of Washington, federal Judge Marsha Pechman, issued an Order to Show Cause in the case of Left Coast Ventures, Inc. v. Bill’s Nursery, Inc. (case no. 2:19-cv-01297) asking the parties to show why the court should not dismiss the action. The case is a contract dispute between two cannabis companies. The Order cites to a similar order issued in August 2019 by another judge in the same district. (citing Polk v. Gontmakher, No. 2:18-CV-01434-RAJ, 2019 WL 4058970, at 2 (W.D. Wash. Aug. 28, 2019), hereinafter Polk) The judge’s concern is not simply illegality of cannabis federally but more specifically over the Plaintiff’s request for specific performance which if granted, the judge believes, would ask the court to “mandate illegal conduct” due to the federal prohibition of cannabis under the Controlled Substances Act (CSA). (Order to show Cause, ECF No. 17; citing Bassidji v. Goe, 413 F.3d 928 (9th Cir. 2005)

The Left Coast Ventures (Left Coast) brought suit for an alleged breach of an option agreement. Bill’s Nursery wanted to obtain a medical marijuana license in Florida but did not meet required criteria (experience cultivating medical cannabis) and was unable to apply. Bill’s Nursery entered into an agreement with Left Coast. In exchange for paying, applying for, and successfully receiving the license, Left Coast would receive an option to purchase shares in Bill’s Nursery. Left Coast did the work and the license application was denied by the Florida Department of Health.

Subsequently, Florida changed its law and expanded its medical cannabis program. (Pls. Resp. to Defs. Mot. To Dismiss 5:10-6:3, ECF No. 10.) Bill’s Nursey was able to eventually obtain a license through an administrative procedure without reapplication and based on the original application facilitated by Left Coast. After discovering this, Left Coast filed suit in Washington state court, claiming that Bill’s Nursery reneged on the agreement. (Pl. Resp.to Order to Show Cause 7:19-8:17, ECF No 21.) Bill’s Nursery argued that the license, ultimately received four years after the termination of the contract with Left Coast, was of a different nature than the one originally applied for and that the original contract with the option had terminated. (Defs. Mot. To Dismiss 1:6-2:16, ECF No.6.) The suit was removed to federal court based on diversity jurisdiction.

The Order to Show Cause

In response to the Order to Show Cause filed in early November, Plaintiffs argued that the court would not be mandating illegal conduct by allowing the case to go forward but rather enforcing an option agreement to purchase shares in Bill’s Nursery. Furthermore, even if the contract violated the CSA, public policy under the Ninth Circuit decision in Bassidji argued for enforcement. In Bassidji, the court established a nuanced approach to contract enforcement when illegality may be a defense. Left Coast finally asked the court to refer the case back to state court or allow them to amend the initial pleading. Referring the case back to state court is warranted where the federal government has publicly declared that state law should be given deference. (Pl. Resp.to Order to Show Cause 6:8-7:18, ECF No 21.)

Bill’s Nursery in response to the Order to show cause reiterates the illegality defense reminding the court that it may not order an illegal act. Defendant’s cite to other federal cases where the transfer of an interest in a cannabis business was prohibited as illegal – mostly bankruptcy and insurance related. In addition, there remains a pending Motion to Dismiss and Bill’s Nursery does not want the court to allow an amended complaint. (Def. Resp.to Order to Show Cause 6:8-7:18, ECF No 20.) The judge’s decision is pending.

The takeaways from this case seem only to result in raising questions. These cases in Washington state are not about federally illegal cannabis contracts. Instead, the judges are trying to avoid granting remedies that mandate illegal conduct. If the Left Coast claim did not ask for specific performance of the option agreement but instead made a claim of unjust enrichment, would the judge have issued the Order? I have not been able to access the original complaint so am prepared to be corrected if the claim included unjust enrichment.

California, attempted to get ahead of contract illegality claims by amending California Civil Code §1550.5 to read as follows:

(b) Notwithstanding any law, including, but not limited to, Sections 1550, 1667, and 1668 and federal law, commercial activity relating to medicinal cannabis or adult-use cannabis conducted in compliance with California law and any applicable local standards, requirements, and regulations shall be deemed to be all of the following:

(1) A lawful object of a contract.

(2) Not contrary to, an express provision of law, any policy of express law, or good morals.

Finally, from the idealistic (unrealistic) perspective of an academic, this dispute hurts the industry. When the defendant enthusiastically agrees with the federal judge that the claim cannot be amended and also does not agree to somehow go to state court, they zealously defend their client, and at the same time perpetuate terrible results for future cannabis related contract claims. Referring the case back to state court is an interesting request given the lack of prosecution under the CSA by the Department of the Treasury and despite the Sessions Memo, the minimal prosecution by the Department of Justice from a policy perspective – resulting in select federal courts actively enforcing the CSA and not deferring to state law.[1]

Ultimately, of course, I am not recommending purposefully failing to comply with ethical lawyering or putting forth strong, valid defenses. Instead, I believe the cannabis industry needs to quickly develop robust mechanisms to help parties resolve these disputes privately and out of court, full stop.

Professor McLaughlin also teaches sales and securities regulation at University of La Verne College of Law. She has taught at the undergraduate level in the US and the UK.

June has co-authored a Business Law textbook, published book chapters, essays, and law review articles primarily focused on securities regulation in emerging markets. She has presented her research in the US and internationally.

June is currently co-Editor-in-Chief for the Journal of Law, Business & Ethics. She has been a Securities Arbitrator for FINRA for 25 years. Admitted to practice law in California and New Jersey, she is also a member of the International Cannabis Bar Association.