Alaska Plans for 11 April 2020 As Date For Onsite Consumption 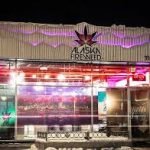 Alaska is looking to be the first state with laws on the books regulating cannabis use in retail cannabis shops.

The ruleis set to go into effect April 11 2020. That’s when freestanding stores can start to apply for endorsements from the state to allow customers to consume cannabis on their premises.

The Alaska Marijuana Control Board approved the regulations , but they still had to be reviewed by the state Department of Law and signed by Meyer before they could go into effect.

Meyer’s sign-off comes after by state regulators on whether Alaska’s cannabis shops should be allowed to let people use their products on-site.

“The big news is, the suspense is over,” said Mark Springer, chair of the Alaska Marijuana Control Board. “I’m sure there is a lot of excitement in the industry today.”

Mid-July could be the earliest that an on-site consumption facility might open, Alcohol and Marijuana Control Office director Erika McConnell said in an email.

There are still hurdles that businesses will likely face in getting on-site consumption up and running. Those include workplace smoking bans and the investment it might take to comply with regulations, Springer said.

There are cities in the Lower 48 that have laws for consuming cannabis in designated spaces, but Alaska is the first to have statewide regulations for on-site consumption at retail shops, according to McConnell and others in the state’s marijuana industry.

Per Alaska’s new rules, local governments here will have the option to prohibit endorsements for on-site consumption.

The Alaska Marijuana Control Board has heard public arguments from opponents and supporters of on-site consumption stretching back to 2015.

“I was really glad everybody got a chance to say what they wanted to say,” said Cary Carrigan, executive director of the Alaska Marijuana Industry Association. “It was pretty drawn out.”

He’s excited about what the new rules could mean for tourism. Since smoking marijuana isn’t allowed in public in Alaska, tourists who want to use cannabis have had few options for where to do so legally.

“I think it’s going to be huge for us in that regard,” Carrigan said. “I think people are going to realize we’re open for business for tourists.”